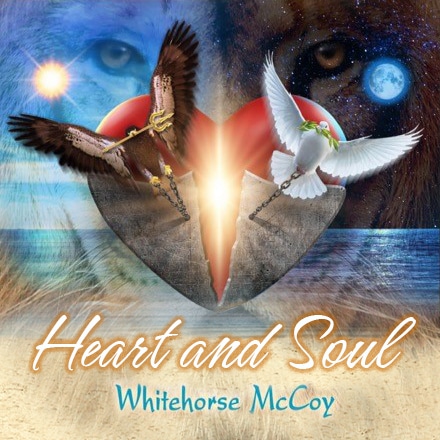 This album is a pure passion project 20 years in the making that came together exactly as beautifully as Source intended. At a time when the world needs healing more than ever comes an anthology that grounds the listener in peace and curative calm.

“This music is a compilation of my successes and my challenges, my inspirations and my love, and my passion for sharing the full breadth and depth of human emotion,” Christopher Lee Maher says about his work.

What you may not realize as you listen is that beneath the surface of the music is high vibrations that can be radically transformative. High vibrational music has been proven to decrease stress and increase energy. The experience of people listening to Maher’s artistic work confirms that this is like no other album you’ve ever listened to in your life.

On a subconscious and an unconscious level, listening can dismantle and break through the deep, entrenched fear your body is holding onto, just as Maher’s was for so many years.

Listen to a sample of Heart and Soul

"Christopher's remarkable personal journey led him to this powerful alternative to standardized solutions. If you or someone you love is stuck and suffering from the effects of unresolved physical, emotional, energetic or mental distress, reading Free for Life can be the first hopeful step towards bringing your entire life into a state of wholeness, perpetual freedom, and happiness."

"I couldn’t put the book down. I got it today and I have continued to read every spare minute.
I feel inspired to be able to change things in my life that need to be changed. He helps you realize that working on yourself Is one of the most important things you can actually do for yourself and for the people around you.
The influences that you came from do not have to be where you end, very important insight. Thank you Christopher for being so vulnerable and allowing the world to see where you came from and where you are today because of all the hard work you have done for yourself and others. Thank you, thank you, thank you."

"A great read for anyone, filled with inspiration and just a book that once you start reading you cannot stop. Simply incredible!"

Christopher Lee Maher grew up singing in the choir, but a deep fear of failure to the point of panic attacks kept him from pursuing his passion for music. It was not until well into his adulthood – after becoming a US Navy SEAL and later healing the unresolved stress and trauma that ate away at his mind, body, and spirit through his own True Body Intelligence methods – that he was able to return to the healing art of music.

This is Maher’s debut album and first foray into performing in front of others on a large scale, an achievement he could not have done without stripping away at his deep-seeded fears. His honesty and vulnerability in emotional expression is both grounding and inspiring.

“What inspired me to actually go into the studio was working with two young people who were suffering intensely from depression and anxiety and disconnection. Seeing them perform in spite of what they are going through was part of the stars coming into alignment to record this album at a time when the world as a whole is struggling.”

Maher works in his practice in Los Angeles, CA, with clients who have succeeded at the highest level in sports, entertainment, medicine, business, and international politics. He is the author of the new book, Free for Life, as well as an inventor, entrepreneur, speaker, coach, and innovator in the field of health, wellness, and longevity.